Sometimes you get a weird commission which you just can't resist. My other half (as some of you might know) teaches English, which means she get a lot of kids coming up to her with their novels wot they've written. Pretty cute, right? Anyway, this one kid heard that I drew for a living, so he and the missus hatched a plan where I would draw his book's "cover" for him.

This was the brief: 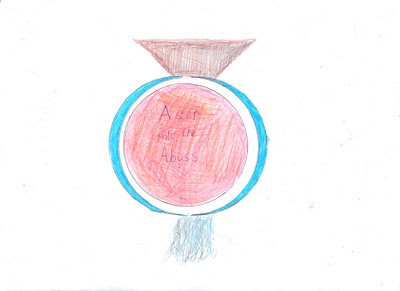 A fireball in the middle of the page, stone above, water forming a loop around the side and something suggestive of wind at the bottom.

And this was the final thing: 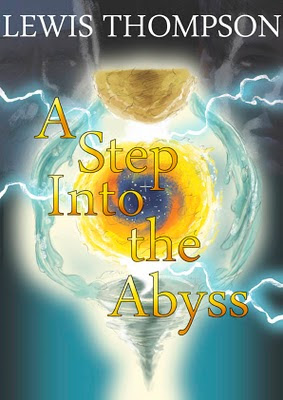 It's not as finished as I would like, but I was advised by smarter heads than mine not to work too hard on it, as it was supposed to be a bit of fun. Which it was!

He's going to see this pic tomorrow - hope he likes it.

I think the lightning is a nice touch. 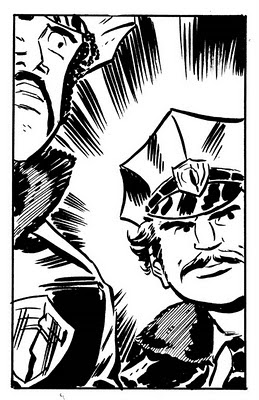 I'm unaccountably pleased with this modest wee panel. There's not much going on in it, but it's pretty well drawn!

And I think the cop on the right looks a bit like Louis CK - but maybe that's just me! 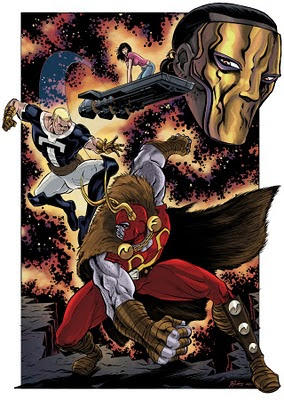 Cracking bit of Jersey Gods fanart from "Majestic" Michael Rooth (are these smarmy nicknames getting old, yet? I think I might drop them). Anyway - it's a stunner, isn't it? And a great way to send off the series.

There's also a lovely interview with me and Glen over at Comic Book Resources. I really should thank CBR - they've been great supporters of the book since day one (when they did a wicked video interview with Glen, with gorgeous animated inserts), and they've gone out of their way to keep tabs on us as the series has gone on. Thanks, chaps!

And a BIG splash from issue twelve - the spoiler sensitive should look away now (everyone else should click to OMAC-size it)! 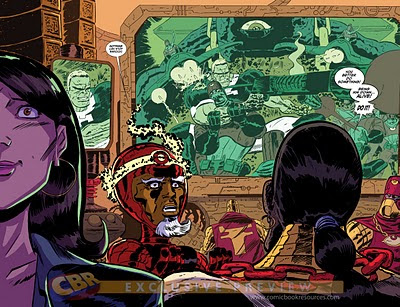 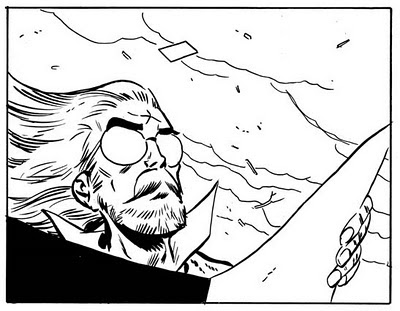 I'd love to tell you more, but I've been threatened with punches if I let too much slip. Sorry! 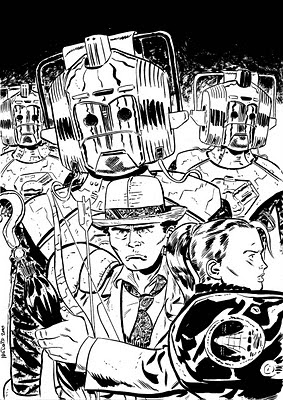 The Silver Surfer vs... The Daleks! 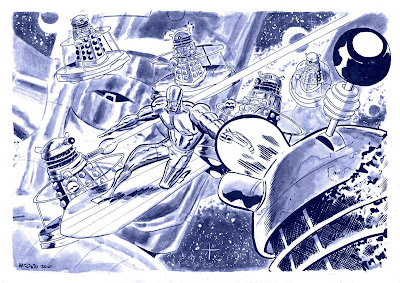 Pen, black ink and wash, then I applied a blue filter in Photoshop. Galactus was entirely done in wash.

This was another commission for "Masterful" Michael Rooth: the Silver Surfer vs the Daleks! I decided to throw Galactus into the background, so I didn't have to paint lots of stars. And who doesn't love that big, purple, planet-eater?

Daleks aren't necessarily the most fun to draw - lots of straight lines, no expression, they're basically just tanks - but I had some fun throwing in a few different types. We've got a couple of Sixties Daleks, a seventies model, and a new-Who version, all in their trademark hoverbouts!

I'm not sure I would class this as an unqualified success - I wish I'd done more Daleks for one thing - but it was fun. And I LOVE drawing the Surfer!