So here's the rest of that pic I was teasing you all with the other day... 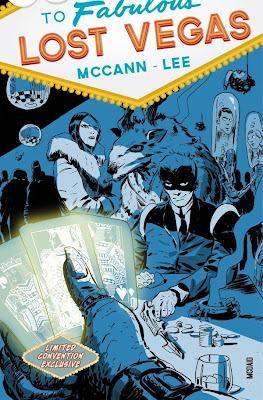 It's an EXCLUSIVE(!) variant cover for issue one of Jim McCann and Janet Lee's LOST VEGAS, which promises to be a rip-roaring sci-fi ride. Working with Jim seems to bring out the best in me - this is one of the best things I've drawn in aaaaages.
Posted by Dan McDaid at 1:45 AM No comments:

In 2011, the fine bergers (burgers? Whatever) at IDW asked me to contribute to that year's Doctor Who Annual. At the time, I was a bit down on the show - I didn't really "get" Amy Pond, and I still wasn't entirely sold on Matt Smith's Doctor Who... I was reminded of what it was like to be a Sylvester McCoy fan in the late eightes; here I was, thinking that Sylv and Sophie (his companion) were the best thing since sliced bread, then I join the Doctor Who Appreciation Society (DWAS for short) and it turns out that all the sour-puss grown ups think he's terrible, the show's in decline, and things haven't been the same since Tom left. Well, regrettably, I'm one of those sourpusses now. Bah.

But then Neil Gaiman wrote an absolutely belting episode, and suddenly it was love all over again. Perfect timing, as IDW wanted 16 pages filled by RIGHT NOW.

So here they are... RIGHT NOW (click to enlarge): 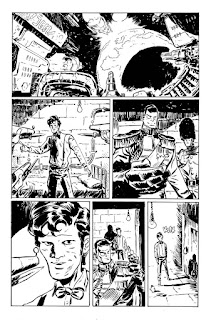 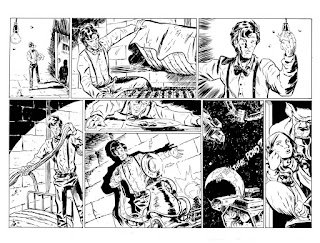 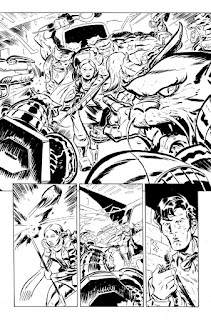 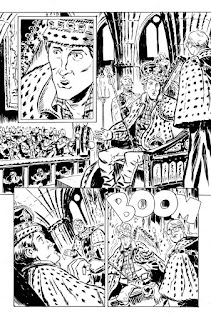 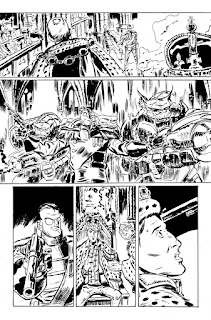 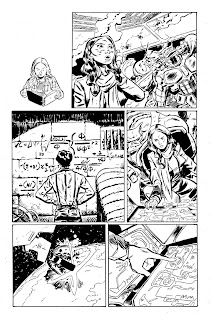 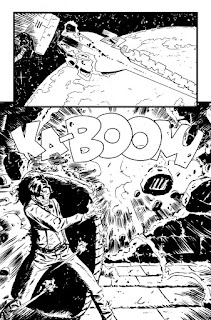 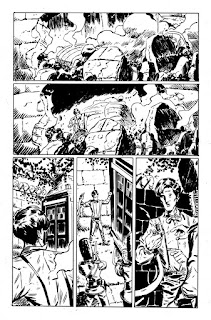 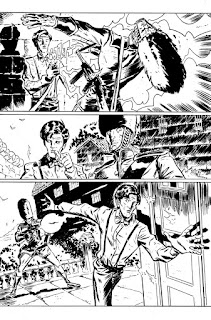 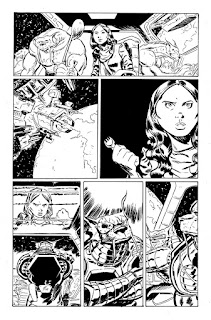 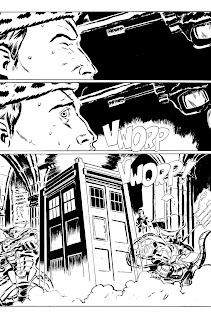 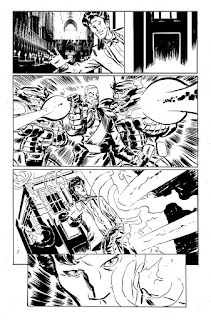 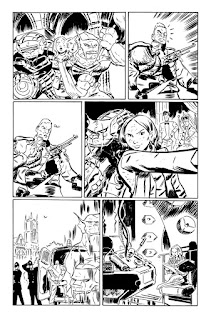 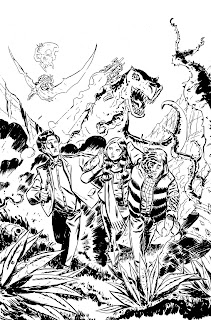 In case the plot isn't clear from these pages: Doctor Who is imprisoned by an exiled minor royal who is planning to take back the British throne with the help of some evil cyborg cat-type-things. Doctor Who is *slightly* prepared for this turn of events: Amy Pond is on the cyborg cat mothership preparing to stage a revolution, and Rory Williams has used some psychic paper to put himself on the throne as a decoy. This plot was described by Gary Russell as "utterly mad", and I can't say I disagree. But the show - particularly the modern show - is an endlessly active plot factory, so to stay ahead of whatever the production team is planning requires an act of utter madness. And I should know, cos I'd had two (possibly more) different plots shot down for being too similar to something that was coming up.

And despite its superficial eccentricity, I think "Doctor Who - Tuesday" (so called, because Amy is recounting these events to her mum in some sort of - we can assume - Space Time Telegraph, and these events represent a typical Tuesday) pretty squarely represents what the show's like these days: Amy is super-confident, Rory's a well-meaning drip and Doctor Who is, well, the best thing since sliced bread.

So... my art got panned by Who fans (cos it was too cartoony, I think), but looking back I think it's pretty bloody boss. And I had a good time, which is the main thing.

A little snippet from a little somethin' somethin'.
Posted by Dan McDaid at 8:03 PM No comments:

A recent panel from Time Share, coming soon - honest - from Oni Press.
Posted by Dan McDaid at 2:11 AM No comments: