Hello everybody. Sorry about the lack of posts - I'm incredibly busy at the moment with Who stuff and Jersey Gods and life, so no time to tend to my poor, neglected blog. I could make some vain comments about how I'll try harder, maybe make a post a day... but alas, I think that would be bollocks.

Anyway, the DOCTOR WHO work is continuing apace. Part Two of Thinktwice hit the shops about two weeks ago, and I've just finished the final (I think) draft of part two of the *next* story in the sequence, which features an old friend of the Doctor and some spooky Wicker Man shenanigans... And I'm just starting issue four of JERSEY GODS. Speaking of, the word on the grapevine is that we've got a 6-page preview for JG coming up in a forthcoming issue of INVINCIBLE. More news on that as and when...

In the meantime... Internet chum Mark Cardwell reminds me that I did some work for this year’s Doctor Who Storybook from Panini (which is in shops now and makes an ideal Christmas gift). So here are some preliminary sketches from that. Unlike last year’s effort, this one is entirely Earthbound, and does not feature a flying alien tortoise. Boo. It does, however, feature Catherine Tate as Donna Noble, who was an absolute pain to get right. I think it's a bit soon to post the final pieces online, but check out these roughs: 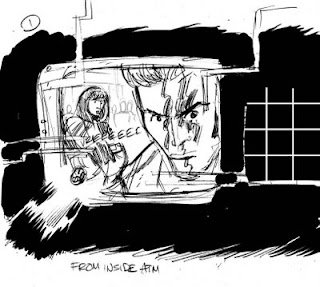 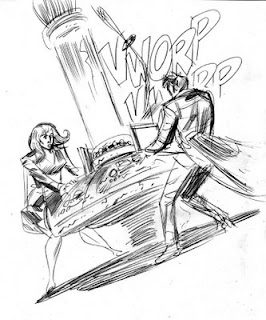 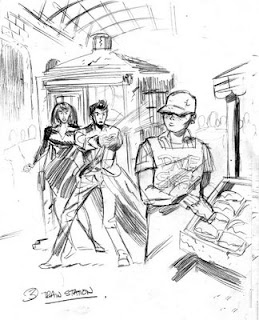 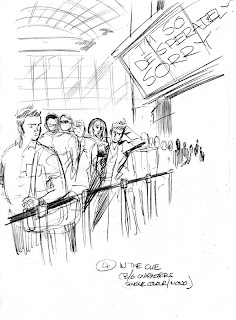 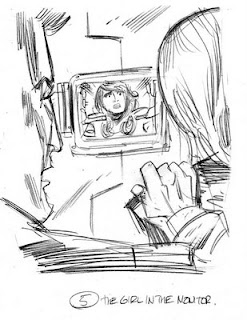 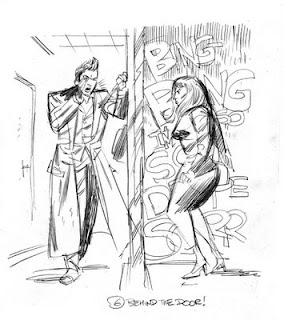 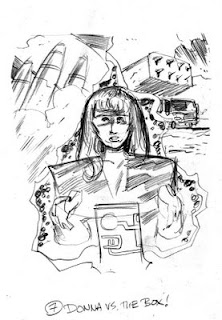 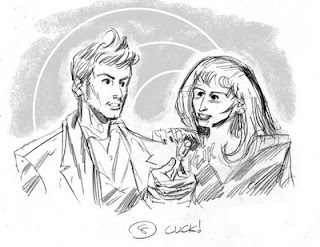