The colour version! Pencils and inks by me, colours be m'lady Debs (and me, a bit). 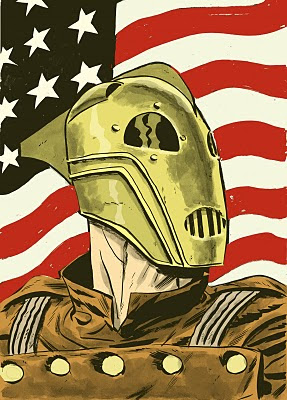 Check out the original (and many, MANY other beautiful versions of Dave Stevens' iconic character), HERE.

EDITED TO ADD: This wasn't my first go at the Rocketeer. I did this one, but... gah. Botched the legs, and didn't have time to fix/re-do them. 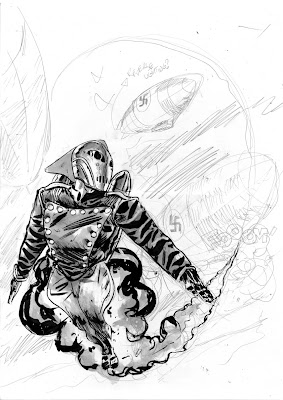 Cheg on - you am a TWART

I'm not busy enough at the moment, so I decided to join a... what would you call it? A sketch troupe? A Bore of Artists? I dunno, but this is it anyway: http://comictwart.blogspot.com/

I find myself in the company of genuine comic art luminaries, such as:

So our first week's subject was Zorro. I didn't do the best one (I think that's between Andy Kuhn and Mike Hawthorne - but gawd, they're all ace so far... and I hear Francesco Francavilla's gonna join us later, and he is THE MAN when it comes to Zorro), but mine is pretty cute, I guess: 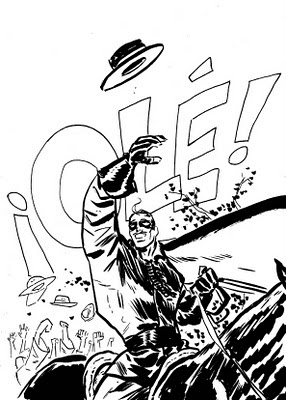 I really dig the whole "Gay Blade" side of Zorro. He should be having fun - he's living the dream!

I did another one, but rejected it as too... I don't know. It just doesn't work, and I don't know why: 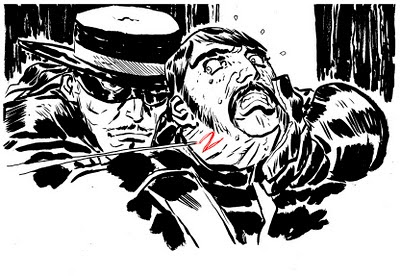 We're going to be doing a sketch a week, a different character each time. When it's my turn to pick a character, I'm gonna choose...

Don't think I've done one of these for Jersey Gods, so here goes. 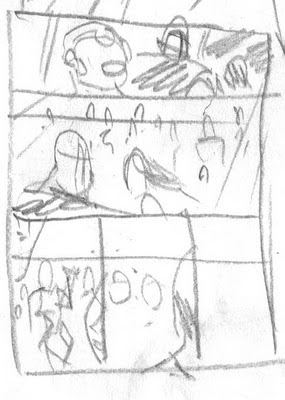 I start off with a very small thumbnail - that's where I work out where the panels are gonna go, what sort of size they're going to be, etc. Sometimes I'm in the mood to do lots of experimental stuff with the panels, sometimes I want to play it straight. This time, I'm keeping it simple. (Don't bother clicking this, by the way - it really is tiny) 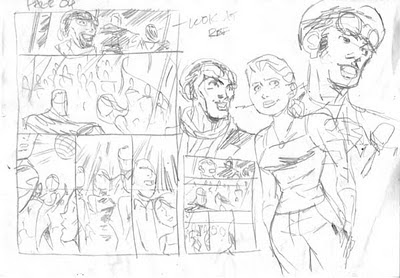 A size up. Here's where I start to refine the storytelling a bit. I also use the blank bit of the paper to work some stuff out - what the afro guy will look like, how Zoe's friend is going to be dressed etc. 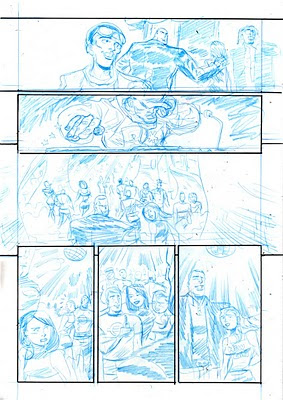 Pencils. I work solely in blue-line these days. Partly cos you don't have to do a load of erasing at the end, but also cos my brain finds it easier to separate blue from black than grey from black. That makes it easier to concentrate on the inks, when the time comes. 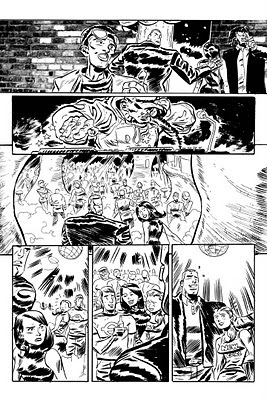 Inks! I use a mix of brush and ink, pitt pens and markers to ink (though I generally favour the brush, cos I love the variation of line it gives me).