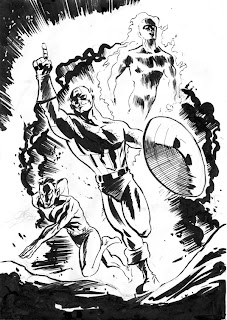 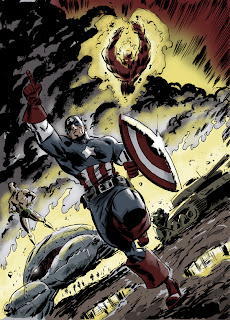 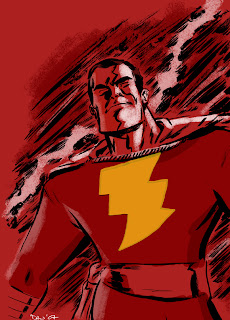 Hey! I just stumbled upon this here blog via the blog of Mr. Biffo (I was drawn in by your excellent DM avatar), and I just have to say these words following now: your stuff is fantastic. Really ace.

Fanton thanks! *sketches a sloppy salute*

dude i was checkin in on this ALOT, i kinda stopped after a while.

I'm realy psyched that you've got more stuff up

Wow, I guess I picked the wrong month to stop checking in here.

Loving the Captain Marvel. I think IT is kind of iconic by being so red.

Also, I still dig the puddles on the Invaders piece.

Actually, Dan, I think the originals have a real raw appeal to them. But the "Mark 2" version is outstanding and so powerful in its effect.
Your work just gets better and better. Good that you don't rest on your laurels (sounds like it would hurt anyway!)
BJ