Catayst Comix - AN HOUR OF POWER

Did you enjoy Catalyst Comix? I know most of you didn't read it. It's cool. No really. Anyway, it was a pretty good book that I worked on and had a LOT of fun with. There's a collected edition of the series hitting - I believe! - in May, and it's going to be huge. As in, a really enormous object. Possibly too big for most post boxes, if I'm absolutely honest. Here's an Amazon link if you want to pre-order it, it's probably going to be the best book of year. I'm not kidding about that. LINK

And here's a little behind the scenes action FOR YOU! This is an early-ish Frank Wells sketch that I did: 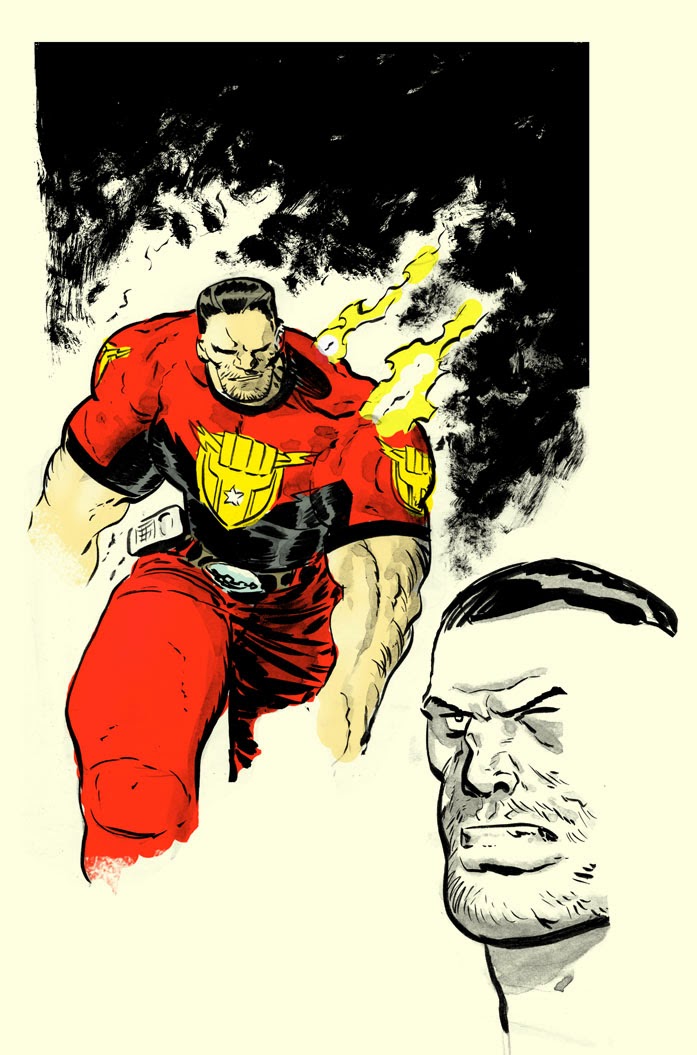 And here's a design for the "Man From the Vortex". Actually, as per Mr Wells, this is a redesign. He had an awesome muscular Chris Warner design before, but we decided to go with something a bit more spectral and ethereal. A real boogeyman figure, something that would haunt Frank's dreams. I think this design was a little influenced by that Doom Patrol villain... I can't remember his name right now. The leader of the Brotherhood of Dada? Anyway, him. I always loved that his eyes didn't work in any meaningful sense, they weren't stuck to his face, they just kind of floated there. So I pinched that: 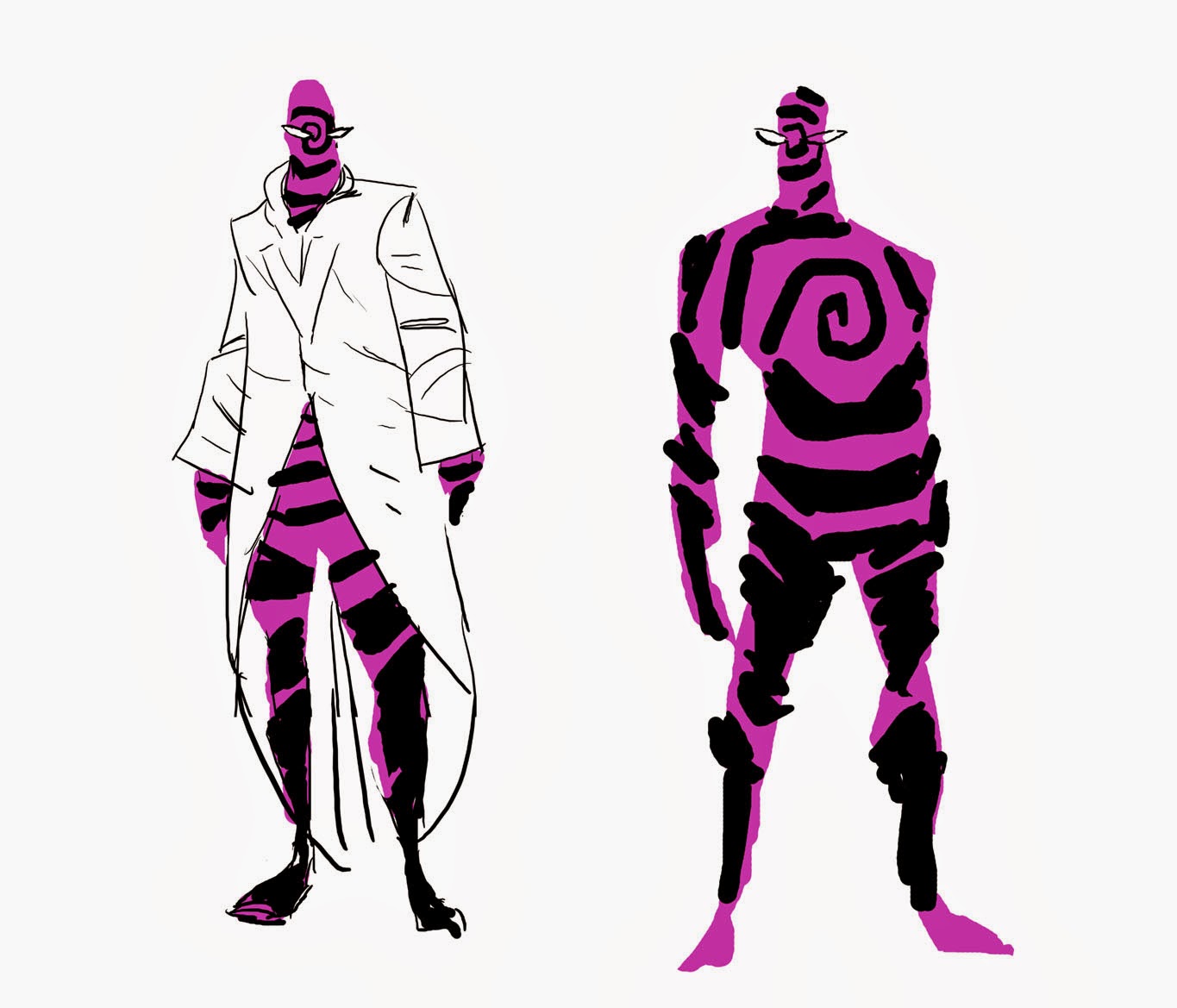 AND FINALLY: an early design for the Niburu character who destroys the world in issue one. Yes, it's that sort of comic. I did a LOT of different designs for this guy, and I might put them up on the blog at some point. The vague idea I had was something covered with foul black fur, like a spider or a bee. This thing would just be one of the main protuberances of the beast itself. BRRRR 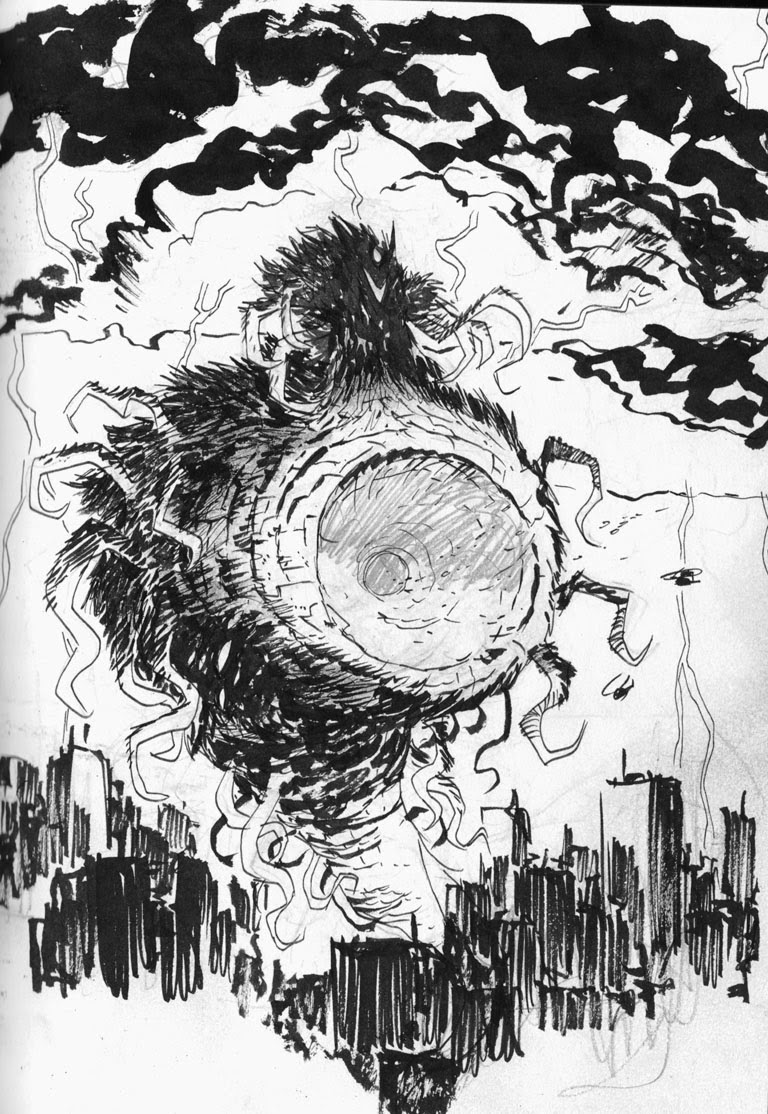 There might be some more of this soon - please stay tuned!

I've read every issue and enjoyed it quite a bit. It was nice to read an anthology book again, especially one with all of the different cool art styles. I especially enjoyed your strip, which I thought was good enough to support its own book. You did some really nice work on it.

Thanks, Jay! I'd love to do more Frank Wells down the line - fingers crossed!