So I've pretty much had my head down for the last couple of months, working on issues 6 and 7 of Jersey Gods. I'm not gonna say too much about what's coming, but believe me, it's good - Glen's writing up a storm, cool things are moving into place, and there's some really wicked stuff coming up. And if you've yet to give us a go, why not pre-order the rather lovely JERSEY GODS trade paperback, and see what you're missing?

Shilling aside, there isn't much to report to be honest. OK, there's tons, but most of it is pretty hush-hush, or, y'know. Boring. Oh, there's this thing I did for Mr Matt Zitron, who is, as they say, a bad-ass: 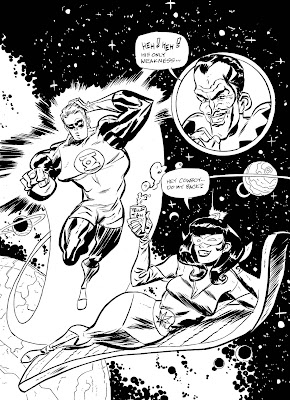 The brief was for something with GL and Star Sapphire. I think I did alright, but take a look at this gallery to see some proper artists working wonders with the same brief. The D'Israeli one is fuckin' magic.

While we're on a DC kick: 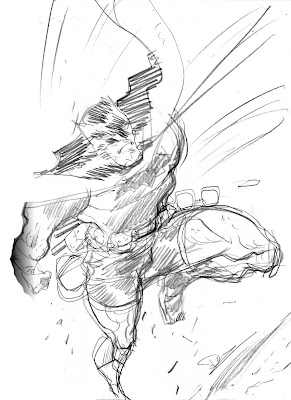 Batman. If anyone out there fancies inking this, let me know and I'll send you a blueline.

Catwoman. Bashed out on the Wacom on a gloomy Sunday.

An' finally, something from one of those hush-hush things I mentioned earlier. Ladies and gentlemen, he is floating in space: 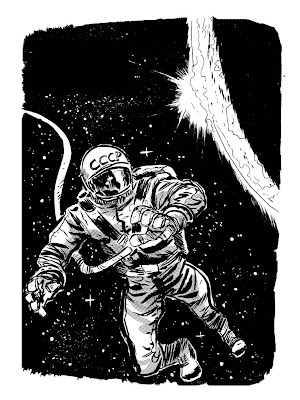 These are all great, sir. Top notch work.
I'd love to take a crack at that Bats sometime if you like.

Chris, I would just about explode if you did that. Can you work offa hi-res blueline scan or do you prefer inking on the original? I can sort it either way.

Awesome! I'll send it over to you at the weekend.

Dammit! I wanted to ink it.

WJC - thanks, man. It's one of those things where I guess it might not happen... but if it does, it'll be ace.

Could you send me on a blueline scan? It'd be interesting to see how different mine would be to Chris'.

I'd probably stick it on the Micks blog when done.

I'd like to say I'm only a bad-ass on evenings and weekends. Otherwise I'm just an ass.

Thanks so much for the lovely piece Mr McD.

All great, but I LOVE your Green Lantern and Cosmonaut!

Lantern and Star Sapphire have a great sorta old school look to them, love it...just started to "follow" this blog.